5 things to discover in Budapest

Old apartment buildings with typical design, funky ruin bars, outdoor thermal water spas with a view… Budapest is still something beyond your bucket list – an underrated gem of Central Europe worth discovering. Are you ready?
The Hungarian capital is more and more popular with travellers and tourists alike for its unique culture, architecture and cuisine. Lately, Budapest is a city famous for bars popping up in the middle of ruined buildings.

Among all the chaos and excitement is a city with a long history and mountains of culture to investigate. Budapest (Buda and Pest, respectively) has been an important city in the heart of Europe for centuries in close relation with Vienna and Prague, and this lofty status is laid out for all to see in the museums, galleries and architecture of the place. The best things to do in Budapest might surprise you. 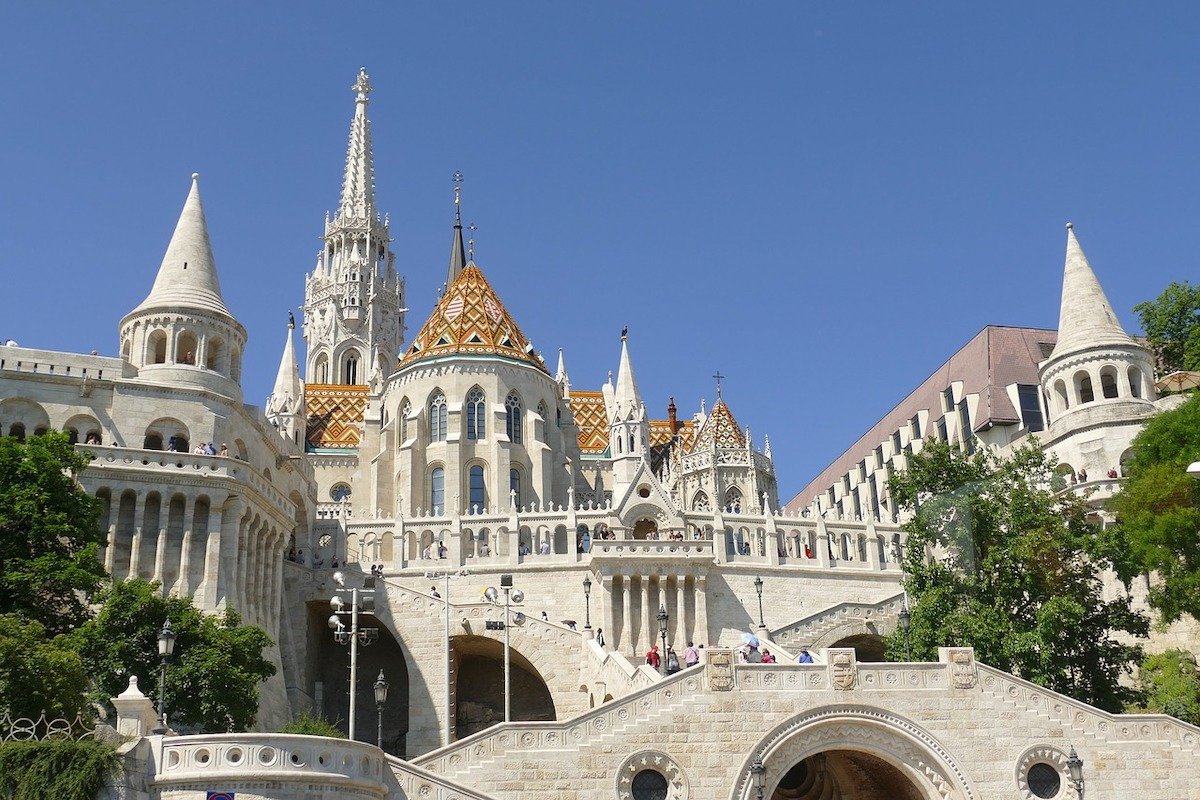 1. Fisherman’s Bastion & Buda Castle
Built between 1895 and 1902 to celebrate the thousandth birthday of the Hungarian state, the Fisherman’s Bastion is an impressive neo-Gothic viewing terrace situated on the Buda bank of the Danube, on Castle Hill. A spectacular palace that sits atop Castle Hill, the Buda Castle’s first buildings were erected in as early as  1265, but the massive Baroque palace today occupying most of the site was built in the 18th century. Buda Castle is a Unesco world heritage site and there’s no better place to get your culture fix – particularly now that the government has started a massive reconstruction project that is to re-build the entire complex with those flanks that were destroyed by the WW2 bombings. 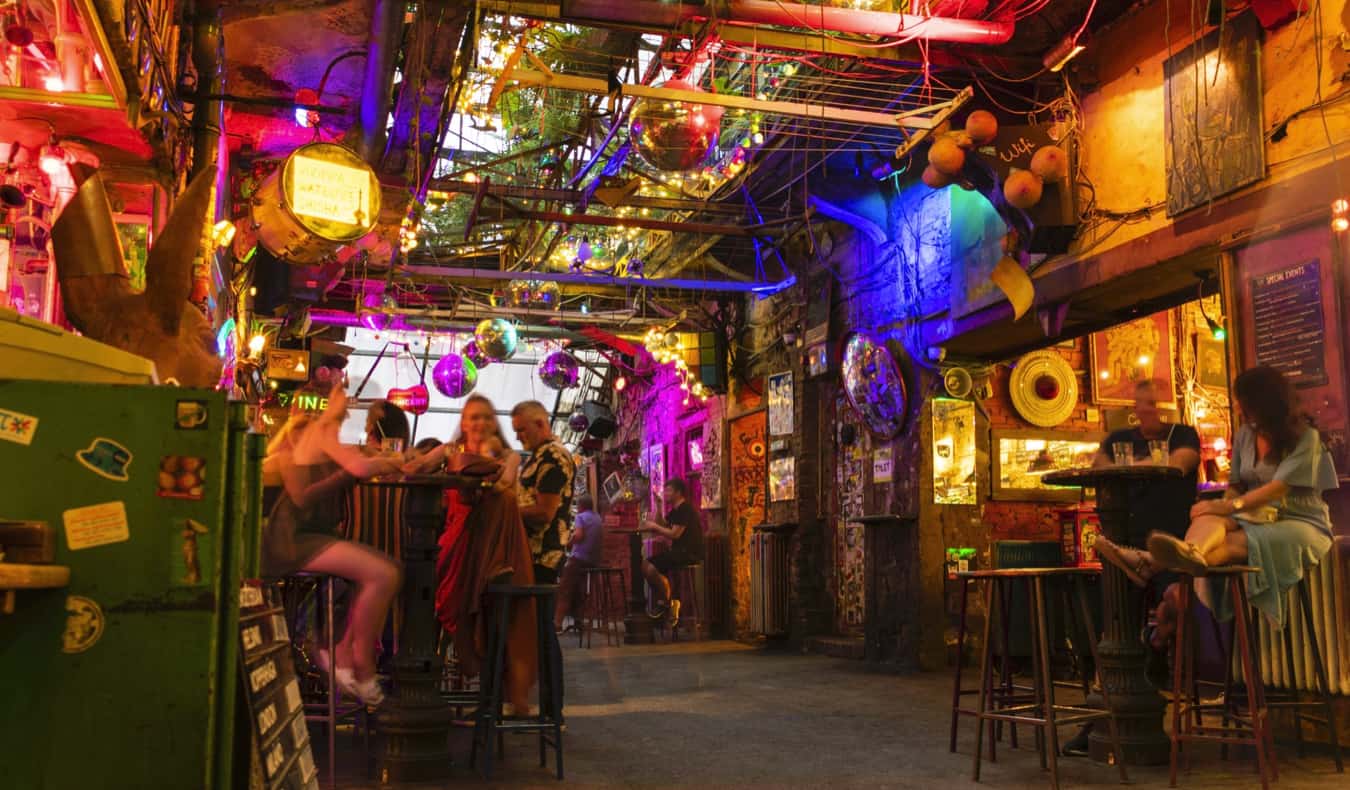 2. Jewish Quarter & the Ruin Bar district
Budapest’s buzzy Jewish Quarter (also known as the seventh district) is the city’s epicentre of cool, packed with all the edgiest bars, cafés and restaurants. Your nights out will start and end here, with popular clubbing spots like Szimpla Kert, the eight-bar Instant, which merged with party wonderland Fogas Ház and offers takeaway treats and techno till 6 am. The Jewish Quarter also boasts many of the city’s best food spots too – for 24-hour snacks check out the Street Food Karavan, a court right next to Szimpla Kert, or Kőleves, a Hungarian-Jewish spot with an eclectic menu. 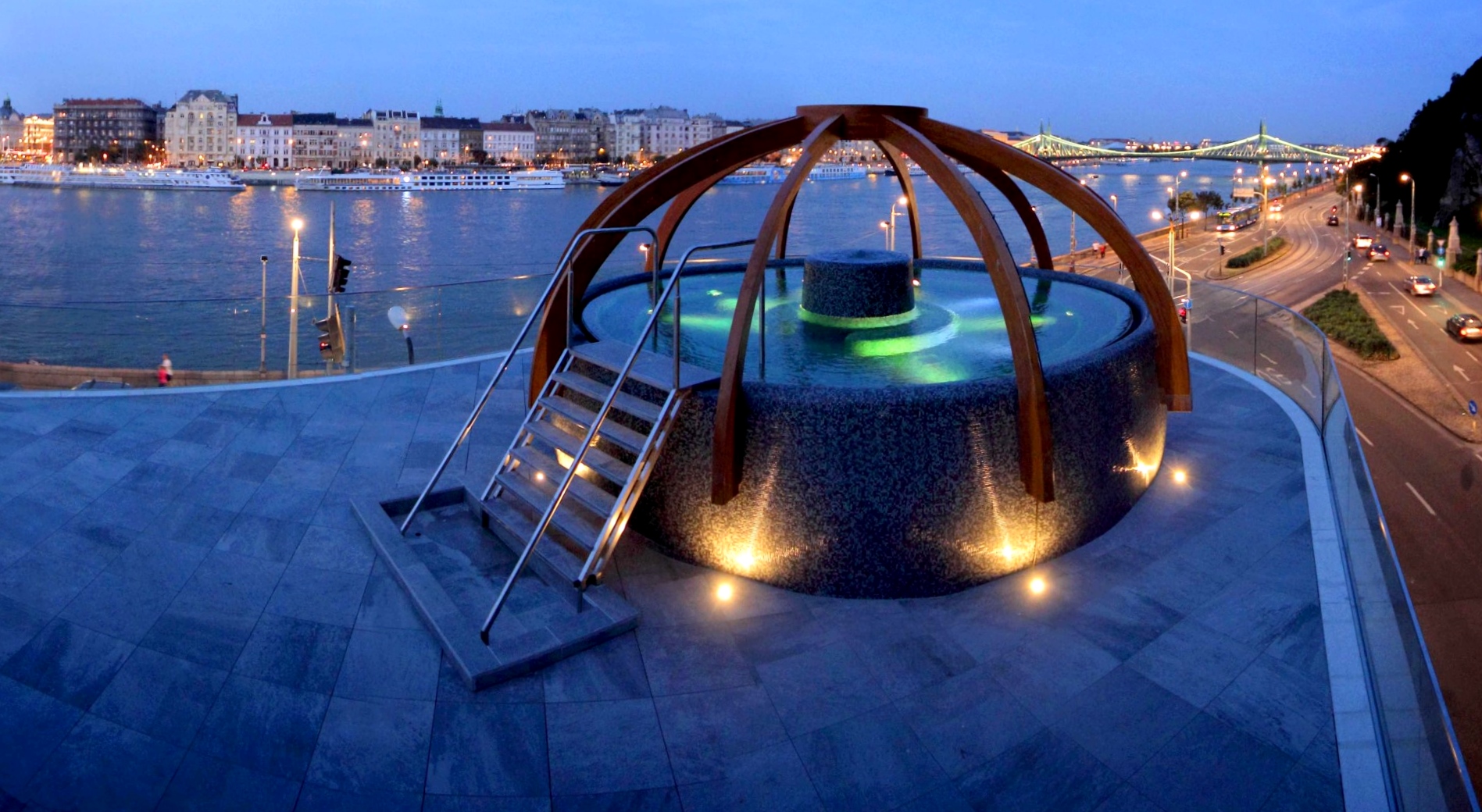 3. Gellért & Rudas Spa Baths
By day, the Gellért and the Ruday Spas are an oasis of calm in bustling Budapest, at the foot of Gellért hill on the more quiet Buda side, with luxury spa treatments, saunas, and massages in the grandeur of a sprawling 20th-century Turkish building. Check out the old hammam in Rudas, a 400-year-old facility, some of the better remains of the otherwise cruel Ottoman Turkish rule until 1686. 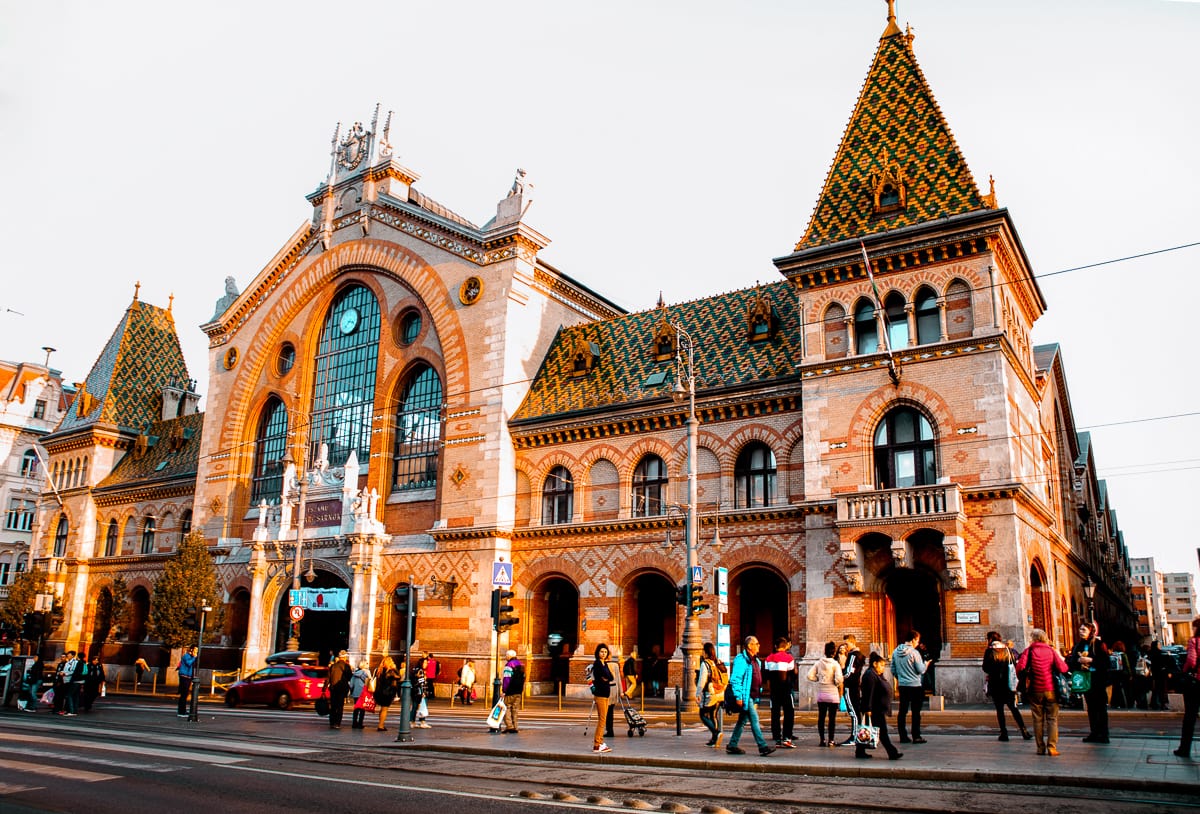 4. Great Market Hall
The Great Market Hall is a restored neo-Gothic tunnel where you can pick up the best local produce and handicrafts. For the superb architecture and a total sensory overload, or to source some one-of-a-kind souvenirs and sample unfamiliar Hungarian delicacies. From pickles and fresh veg to meat, seafood and more, we’re feeling hungry just thinking about it.

5. Parliament House
Europe’s biggest parliament building is located right on the Danube-bank, with a marvelous illumintaed facade as the iconic part of the evening city vistas. A 45-minute tour of Budapest’s national Parliament Building is taking you around the interior, also introducing the crown jewels of the first kin St Stephen founding the Hungarian state in the year 1000. The 691-room building is famed for its Gothic Revival architecture, ornate statues and gorgeous paintings. Learn about the political history of Budapest with insight and anecdotes from an expert tour guide.